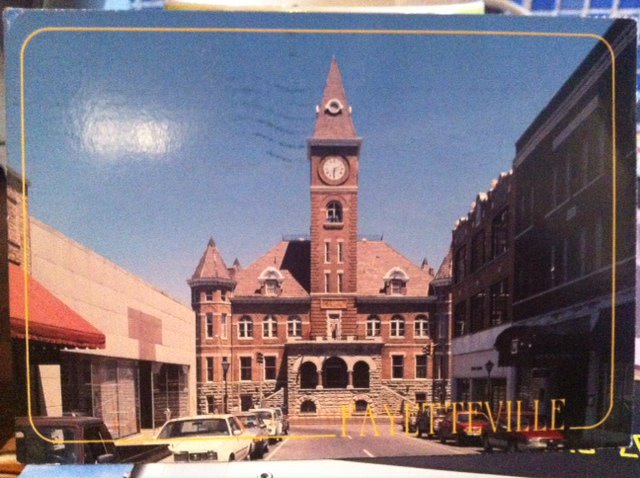 Another Arkansas postcard from Jes came with two more — can’t remember exactly when but the sate says it was sent the same  time as the others.

Featured is the Washington County Courthouse which has been the county seat of Washington County and built in 1905. Appearing as charming and very classic as it is, the courthouse  has been listed on the National Register of Historic Places in 1972.

Interestingly the clock steeple reminds me of Back to the Future. ^_^ In a similar way, the one on the courthouse has been removed before then reinstalled while the one in the film got broken but later on fixed. Would love to see this lovely architecture in person.