I’ve been postcrossing for some time now and privately exchanging with other enthusiasts too. Some time ago, a group of enthusiasts had an eyeball and they sent me a postcard of the Rizal Park – which I knew more as Luneta – during their trip to the post office.

So who is Rizal? Very few of today’s generation (in my home country of course) know what the significance of Pepe and Bagumbayan are. The Jose Rizal and the Luneta Park are just things that are talked about in history class and learned in walking tours. The Park is not just a place for family picnics or romantic weekend trysts for couples though, it is full of historical relevance. Going back to the time of Pepe and Bagumbayan will give people visiting the Park a whole new perspective of one of Manila’s most popular tourist attractions.

Pepe is the nickname of Jose Rizal. He has been declared as the Philippines’ National Hero in recognition of his role in sparking the Philippine Revolution that ultimately led to our independence. His non-violent approach, making use of the pen instead of arms, set him apart from other revolutionaries. His quiet yet potent messages for reform against Spanish rule earned the ire of the Spaniards. He was imprisoned and later on executed in Bagumbayan on December 30, 1896. (We celebrate this day every year as a national holiday.)

Bagumbayan is today’s Rizal Park. It was a marshy town that was cleared right around the mid 1700’s in a strategic move by the British military. When the Spaniards came, the area was called as the Bagumbayan Field and was transformed into a soldiers’ barracks and a military hospital. The park just outside the walled city of Manila and west of Bagumbayan Field was completed in the early 1800’s and was known as the Paseo de Luneta. More than just a plaza that served as a center of social activity, this park eventually became the site of public executions. Jose Rizal, along with other national heroes such as the three martyr priests Gomez, Burgos, and Zamora, was executed through a firing squad in this place.

The Rizal Monument that stands in Luneta was erected and unveiled in 1913. The bronze statue was made by Robert Kissling, a sculptor from Zurich – it actually took him 12 years to finish the sculpture. The place where the monument stands also houses the mausoleum where Rizal’s remains are kept. There is also a marble plaque beside the monument, marking the exact spot where Rizal fell to his death. His last piece of writing, Mi Ultimo Adios or My Last Farewell, is also inscribed in a plaque near the monument.

The structures and the guards at the Rizal Park and the Rizal Monument are not there simply to amuse local and international tourists. Every Filipino who visits the place should feel that patriotic twinge, knowing that the hero whose remains lie inside the monument is the reason why we Filipinos can speak our minds and live our lives as we wish today.

I would love to go trailblazing Rizal around, had I the means I would visit all the cities he’s been to. There are some markers in Vienna about where Rizal stayed and those, some of them I’ve already documented too…There are many more markers around Europe; Heidelberg for one where he had stayed for quite a long time.  Trailing Rizal would be another adventure on my bucket list…but, I guess a columnist on Philippine’s Daily paper already did a lot of that. ^_^ 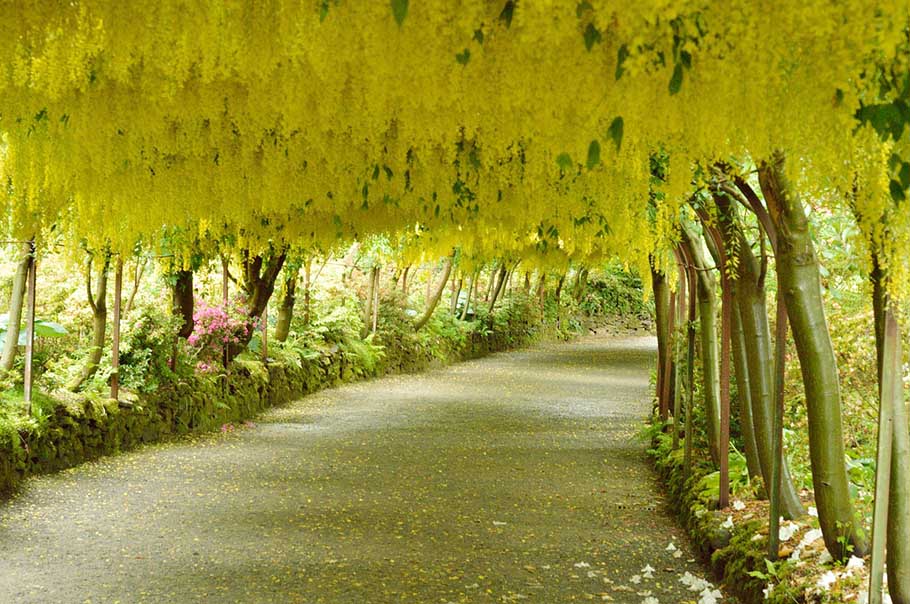 Visiting Wales on a Budget